It is fast, safe, beautiful and costs as much as a nice car - except it is a mobile app - ITgenerator

It is fast, safe, beautiful and costs as much as a nice car – except it is a mobile app

Mobile apps are everywhere. You wake up in the morning and check WhatsApp or messenger, you go for a run with Endomondo, play games like Minecraft or The Sims while on a break, call for an Uber on a Saturday night and use Wunderlist to keep track with all your tasks. Let’s face it – mobile apps are everywhere. You work with them, exercise with them, shop and use them to stay in touch with people. Everyday. It is so obvious that they are always there, in the App Store or Google Play, so reachable, so at your fingertips. Funny thing is that most people are not aware that this app you can have with a blink of an eye actually cost its owner nice piece of cash. As much as let’s say – a car.

Of course, Lamborghini is what everyone would pick. But most of us don’t have enough money. On a Minimum Viable Product (MVP) point of view, we need something that will ultimately drive us somewhere we need to be driven. Multipla can do that, no problem. The basic need is checked. For more advanced features, however, you should pay additionally.

The same with mobile apps. If you want an intuitive interface, wow user experience, advanced technology and the like, you need to invest. There are several app-cost determinators, such as:

This is just a tip of an iceberg, you should also add marketing, office, support costs and so on.

Who is the lucky developer?

The very first step in building an app is to find a good developer. We have some example options – offshore teams, freelancers or app development companies. It seems like the price comes with a quality. Yes, in the case of the last example you often pay for company’s reputation and experience which is some kind of guarantee of safety. You know that the company dealt with multiple problems and overcome them, they worked on multiple projects with a lot of customers so they know what to do and how to do it smoothly.

You might think that the price at the beginning is higher, but in the end, you’ll spend less money on fixing bugs and for maintenance. I’m not saying freelancers can’t provide those things. I’m sure there are many talented developers among them. I’m saying you should choose wisely, meet the team, track their history, get acquainted with their previous projects and see how much they are involved in their work.

Oh, technology, the invisible mechanism behind each app. It is also one of the price conditioning factors. Progressive-web app (PWA) is extremely easy to install. Feels like a native app but it is a web app that can be accessed by a browser and added to the home screen. Next, we have cross-platform app. Distributed via the native app store, web and native technologies combination. Kinda problematic in the case of design. And the last but not least – native app. They are written in the same programming language as the platform. They are faster, they are safer and also more expensive.

Coming back to cars, you can have the basic version or the one with special features. Similarly, you might need a simple app with basic functions, “okay” design and no place for storing data. On the other hand, we have complex apps and they come with a lot of interesting features, such as an ability to store a lot of data, create a user profile, connect to social media, purchase things and geo-locate.

Not to mention a high-quality user experience and an option to sync data across devices. Dig a little deeper and you’ll find out it is more than that. The thing is, this small features may seem simple, but add one to another and we’ll get hours of working hours along with the costs for them.

We have two major phases when developing a mobile app – the designing phase and building an app itself. Those phases can be divided into several stages which are of course are time-consuming and as the famous quote says “time is money”.

First, there was an idea

Starting project can be a tedious job, at least if you are such an impatient person as me. At least, everyone wants to see results. But first things first there is some research to do. A good app won’t go without understanding user needs and demands, market research, analyzing competition, thinking of use-cases and user stories. The company needs to truly understand the product and its audience.

After research comes more research. It’s time to let the imagination run wild. Looking for some inspiration, developing design, searching for suitable features, usability testing, concept validation. How does the app should feel? How should it look? It all takes precious time to figure it out.

Then lights, camera and action

We have an idea, good. Now the real fun starts. The development phase means the time needed to code an app. The time varies with the number of features we want to include. It is easier to decide when you track customer behavior step by step. He or she, for instance, should have an ability to log in with several methods. With the use or Facebook, traditionally by email or touch ID would also be nice. Then creating a user profile. Other features come with the needs. Is this an e-commerce, social media or gaming app? Does it need to have an option of barcode and QR code scanning? Maybe location access or a calendar? What about multi-context search engines and advanced filters? Or further, integration with external and internal systems, automated updates, connection to multiple data sources. I could go on and on. With each feature comes the time of an army. Literally, in the case of bigger companies, there are project managers, testers, analysts, backend and frontend developers, graphic designers and people not connected with your project but indispensable in the every-day life of the company.

Taking this two large phases together equals hundreds of working hours. It is not cheap, however, think about it that way – each step well thought, agile approach, professionals on board, fewer surprises and bugs to be fixed. As a result, you’ll get a stable code, which means a product of at least good quality. Maybe it is worth the money in the long run after all?

How to not pay through the nose and get results?

Introducing MVP, also known as a Minimum Viable Product. For the record, MVP is the product (an app in our case) that is good enough to be released for the first users. Thanks to their feedback, it is easier to work on a target product or for improvements to the MVP.

The phase of maintaining the app in the first year can cost up to 50% of the MVP price.

Sometimes it is better to release the mobile app with the basic features, see if it will catch on. It will be much cheaper and you will have an opportunity to ask users questions, get answers, think of features that should be added or changed. Just take a breath, take some time to make your app even better. Sometimes it’s about baby steps. 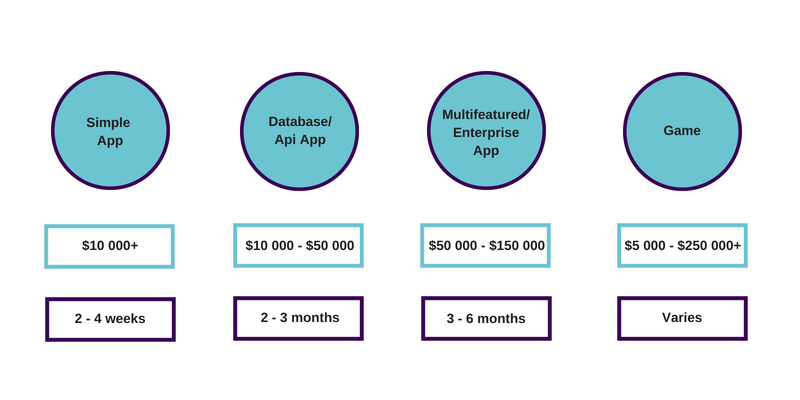 Why there were no actual prices in the whole text?

Working at the IT company has taught me that everything depends. I’ve presented exemplary variables in the case of app development costs above so that you knew it is not so easy to pull out this information. And as much as I believe that there is no right answer to the question “how much will I pay for mobile app development”, here are some numbers. There was this survey by Clutch published in September 2017 that says the costs vary from $30,000 to $700,000. The median would, therefore, equal $171,450. Going further, as I wrote a little about MVPs, the simple one can cost somewhere about $100,000 to $250,000, but still those most advanced can even reach up to $1,000,000. When you’re considering developing a mobile app, the easiest way is to ask for quotes from different sources and compare pros and cons. 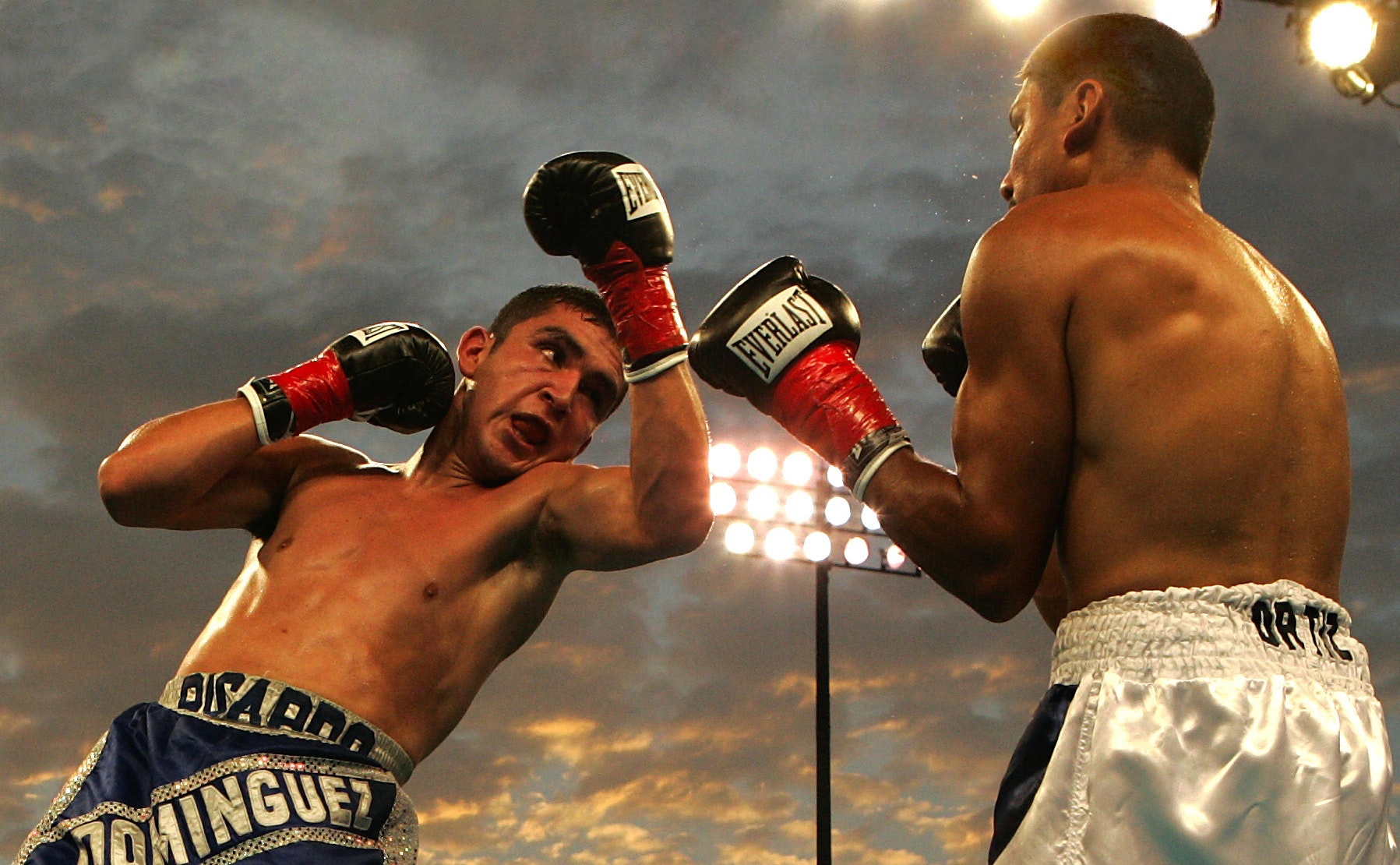 In-house vs. Outsourcing - 7-round Match To Find Out What’s Best For App Development

5/5 - (6 votes) Can you imagine? According to Forrester, about 1 in 8 companies spend over 50% of their software budgets on custom development. The fast-growing companies are creating...