Based on 8 years of experience in software development, we know how to ask the right questions to select the solutions that are best suited to your needs and budget. 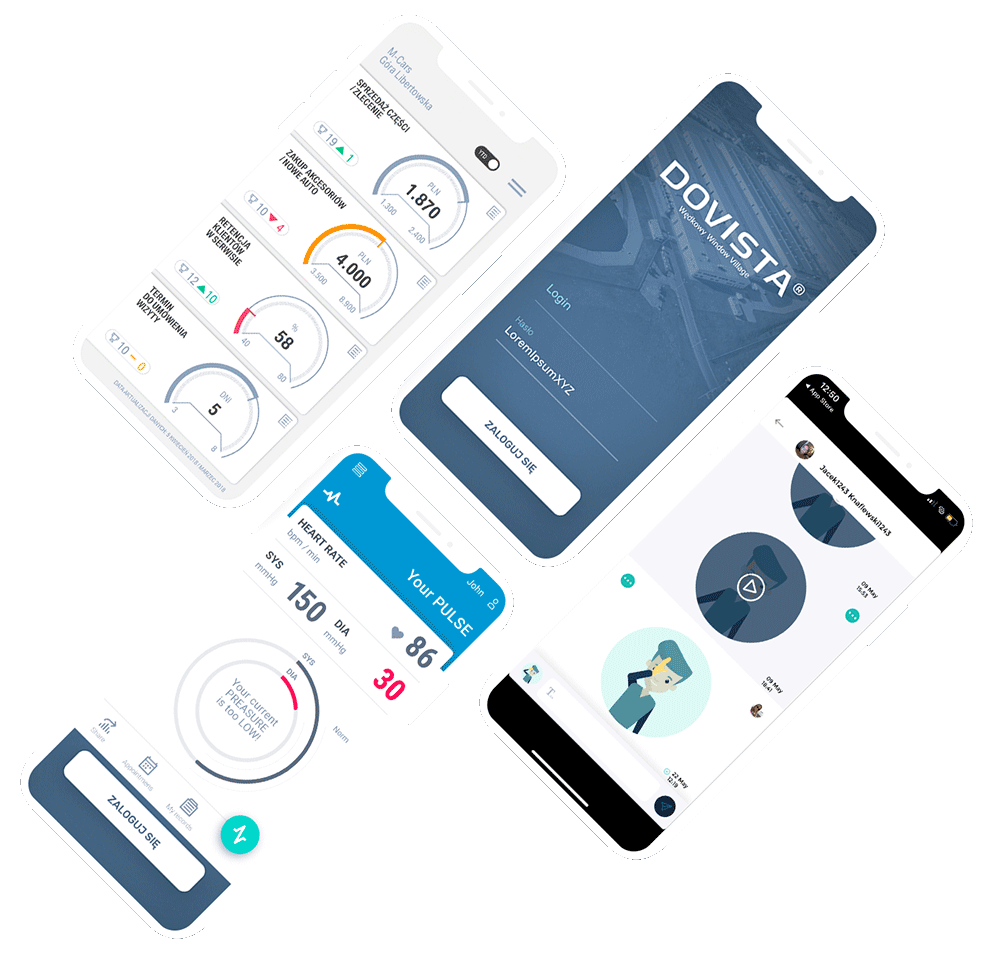 Each of the stages is equally important, and none of them can be skipped if the project is to be a success. If you have already completed a project, we will audit ready materials or the code before proceeding to the next one.

Check out the applications we've created

Maybe one of them is similar to yours or will inspire you?

How do we charge for an application?

We used the 'fixed price' as well as time & material settlement method.

Fixed price is a form of settlement based on the agreed, fixed remuneration for a specific scope of functionalities. It is the best solution for big and small enterprises which know what functionalities their mobile or web application should be equipped with and have a specific budget at their disposal.

Time & material involves the creation of a mobile application based on the agreed hourly wages and the scope of actions which is not precisely defined and may be subject to modifications. It is the best solution for startups, as it allows to account for numerous changes and additions arising in the course of software development, while still remaining in control of the budget.

The form of billing always depends on the character of the project and clients' preferences.

How are apps priced?

The first stage of cooperation is the UX Workshop, creation of the concept and a list of key features. Based on that, we estimate the time and resources needed to create graphic and functional UX/UI Design, as well as the preliminary price for Programming.

Developers are only able to accurately assess the time needed to code a given feature/screen based on the target graphics and functional specification.

Each programmer needed to develop the application estimates the workload required for developing a given feature in man-days or man-hours. Then, each man-day is multiplied by our current rate.

What does the application price include?

How long does it take to estimate a project?

A rough estimate of the cost may be provided after the first in-depth conversation/meeting and a Q&A session. However, it is only after the UX Workshops when the final list and level of complexity of features are determined that we are able to provide the final pricing for UX/UI Design (UX functional design and UI graphic design) and preliminary pricing for programming.

Once we have complete information, we provide the final pricing in 2 to 5 days.

How and when are invoices issued?

We issue invoices according to the stage breakdown and the timetable agreed on in the contract.

Usually, the payment is made monthly or upon completion of a stage, such as UX Design or Admin Panel Programming.

How much does application maintenance cost?

The price of the project includes a 12-month guarantee period. If the project requires constant supervision of a programmer and immediate reaction to potential errors, we recommend buying the maintenance service.

Monthly cost of the maintenance service is calculated individually and depends primarily on the scope of functionalities and the number of users.