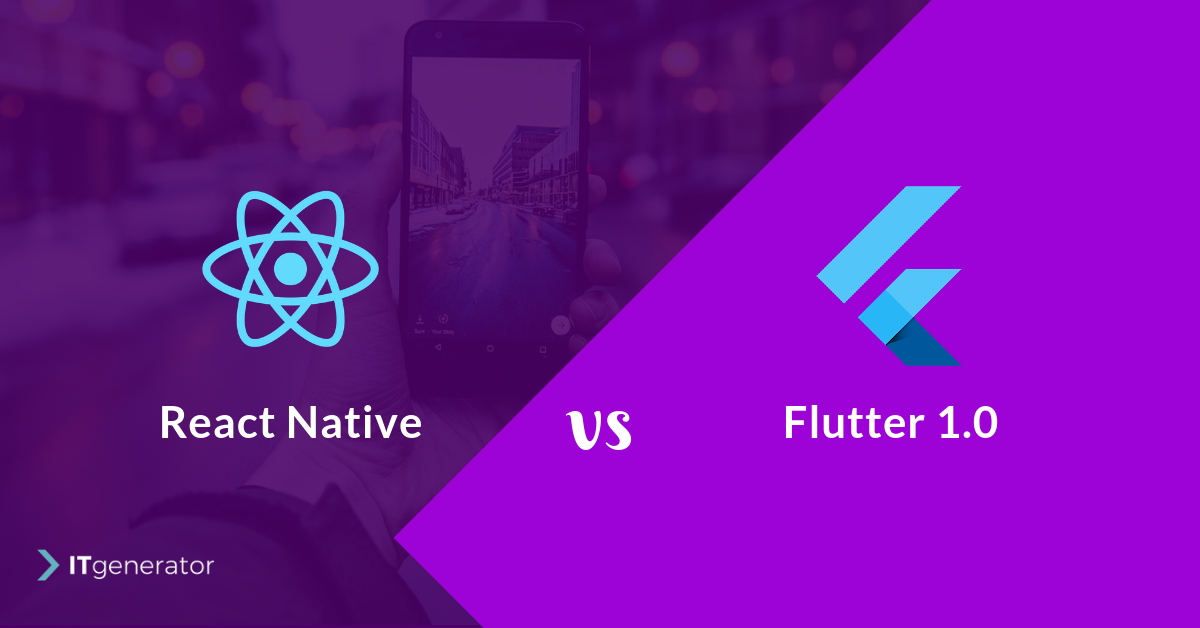 With the Google’s announcement of the Flutter 1.0 it’s no wonder the IT-connected people all over the world have turned their attention to this new tinsel in town, and perhaps even have already their own opinion about it.

Not lagging back, we as well decided to pay a close eye to this matter and show you a little Flutter journey along with some of its improvements and changes. There is also a question that needs to be answered – is Flutter 1.0 better than React Native? As the new alternative for React, Flutter leaves the big field for considerations. Let us show you similarities and differences between those two frameworks.

Let’s go back to May 2017, Google announces the open-source UI framework for building scalable mobile apps for both iOS and Android. New third-party integrations, along with the preview of upcoming new features have also been revealed. It’s been six previews of Flutter before the new 1.0 release. Despite the earlier complaints about the instability of the alpha version, this creative approach surely gained a big audience among giants, such as Alibaba. Beta version was announced in February 2018 and after that, there were two more, followed by another two release previews. It was no surprise Flutter has been compared to well-known React Native (Facebook), unfortunately, most of the time, to its disadvantage. However now here we are, Google made some improvements and changes resulting in Flutter 1.0. Let’s see if the points have evened out.

Flutter allows building efficiently the native apps for Android, iOS and other platforms with the same codebase. This spectacular feature is an obvious benefit to everyone who ever felt pain connected with writing the same code twice for both platforms. It can be used both for an already existing app, as well as to build a new app from scratch. The programming language is called Google’s Dart, which foremost is simply easy to learn. Visual Studio Code, Android Studio, and IntelliJ can be utilized by developers to obtain the tools that are optimal for Flutter.

There are many reasons why Flutter gained the applause from the top mobile app development companies. With the full set of widgets and the ability to master every pixel on the screen, it is a perfect tool for building beautiful mobile apps and triggering amazing user experiences. There are literally unlimited options for overlying and animating text, controls, graphics and video because of the strong compositing features. Google’s open design system realization, Material Design, is also enabled by this tool.

Flutter itself is an open source, with a BSD license, which means thousands of developers around the world have contributed to making it as good as possible. What’s more? Thousands of plugins form its thrilling ecosystem. Being a tool for building native apps for both iOS and Android, it enables all their standard build tools. This means there is access to everything, the code and UI included, whenever it is Java or Kotlin (Android) or Objective-C and Swift (iOS).

Flutter is powered by hardware-accelerated Skia 2D graphics engine, which makes it very fast. This is the same engine used in the case of Android and Chrome. Flutter is designed to allow graphics free of glitches and junk while preserving the native speed of the device. The Dart platform, that supports the Flutter’s code is a world-class platform. It makes a compilation to native 32-bit and 64-bit ARM code possible both for iOS and Android.

Because of the stateful hot reload, Flutter is very productive. It allows you to introduce changes to the app code in real time, which means that you can instantly see results. There is no need to restart the app and thus, you are not losing its current state. Stateful hot reload is a revolutionary solution, said to make the app development cycle three times more productive. 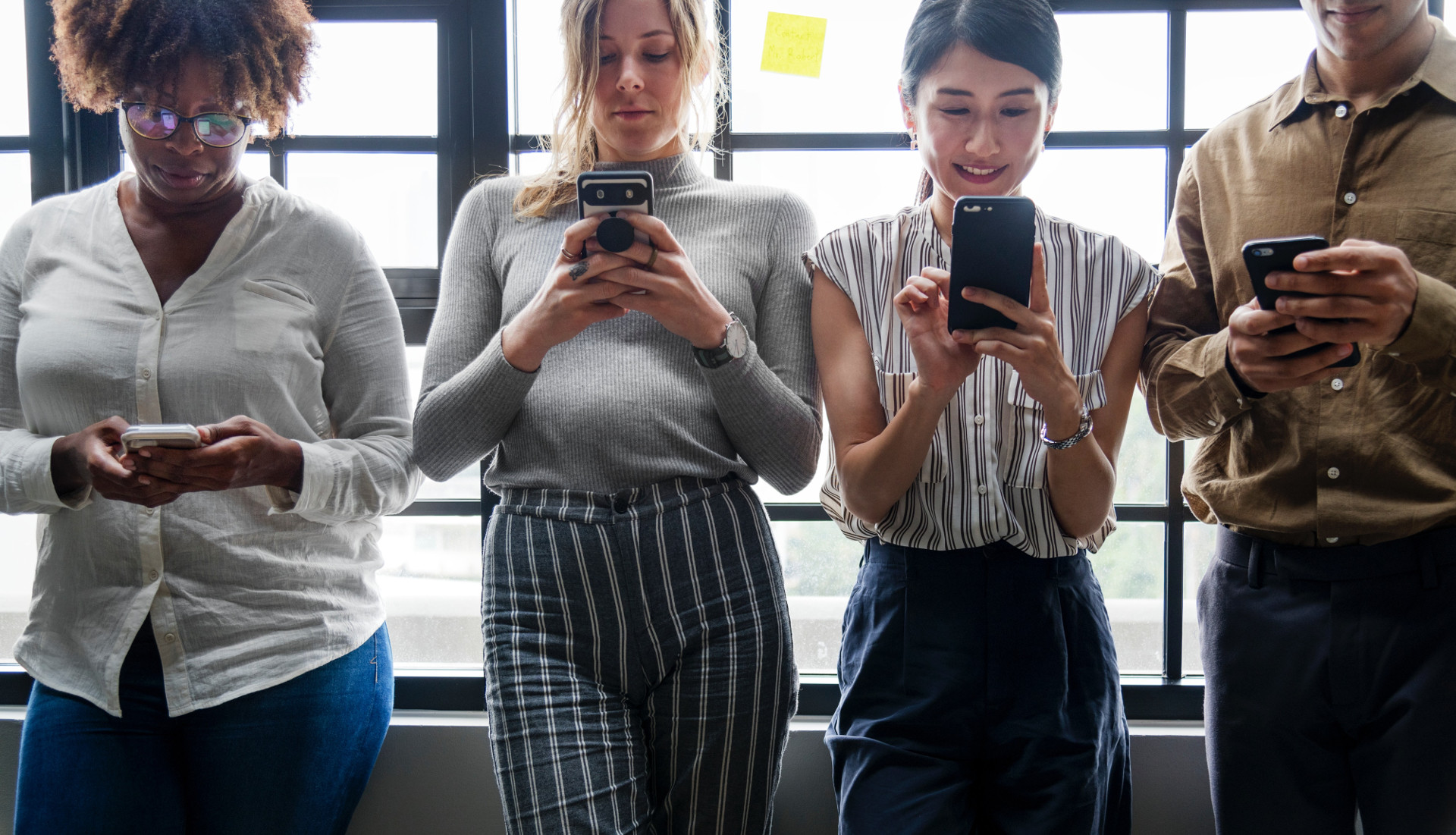 The main focus of the new release was to fix bugs and stabilize it. One of the most important things is that except for beta, dev and master channels, Flutter’s new version has a stable channel. Unlike the already existing three channels, the stable channel is expected to be updated by Google on a quarterly basis.

Since the first beta, Google received the immense response from the global community of developers. Therefore, the Flutter team made a lot of changes and improvements. Support for nearly 20 different Firebase services has been added, the performance has been improved, the size of Flutter apps has been reduced. Moreover, the team has improved the support for pixel-perfect iOS apps by adding new widgets and finally – closed out an enormous number of issues.

Another change that is worth highlighting is the latest version of the Dart platform. As we mentioned above, Google’s Dart programming language is used to build Flutter apps. With Dart 2.1 you have a number of important improvements, from the smaller code size, through faster type checks and better usability for type errors, to the modern language features which definitely improve performance when working on user experiences.

In addition to already published changes, there are two new features to try before they will be shipped in February 2019. The first one is Add to App, which makes it a lot easier to adopt Flutter when it is not possible to build Flutter app from scratch. Right now, sharing assets between the host code and Flutter is a lot easier. Also, there is no need to launch the debugger with the application, as the tooling for attaching to the Flutter process is reworked.

The AdroidView and UiKitView widgets are introduced by Platform Views, embedding iPhone and Android platform control in Flutter app. While Android support is available for some time now, the iOS is to be expanded, and the plugins, such as Google Maps and Web View are to be added as well. The platform view widgets can be integrated with other Flutter content as they participate in the whole composition model.

Flutter, even before version 1.0, has been adapted more and more often by the developers and the number grows constantly, resulting in thousands of Flutter-based apps already available in App Store and Google Play. Among popular brands developing apps with Flutter, there are giants, such as Groupon, Alibaba Philips Hue or Capital One. 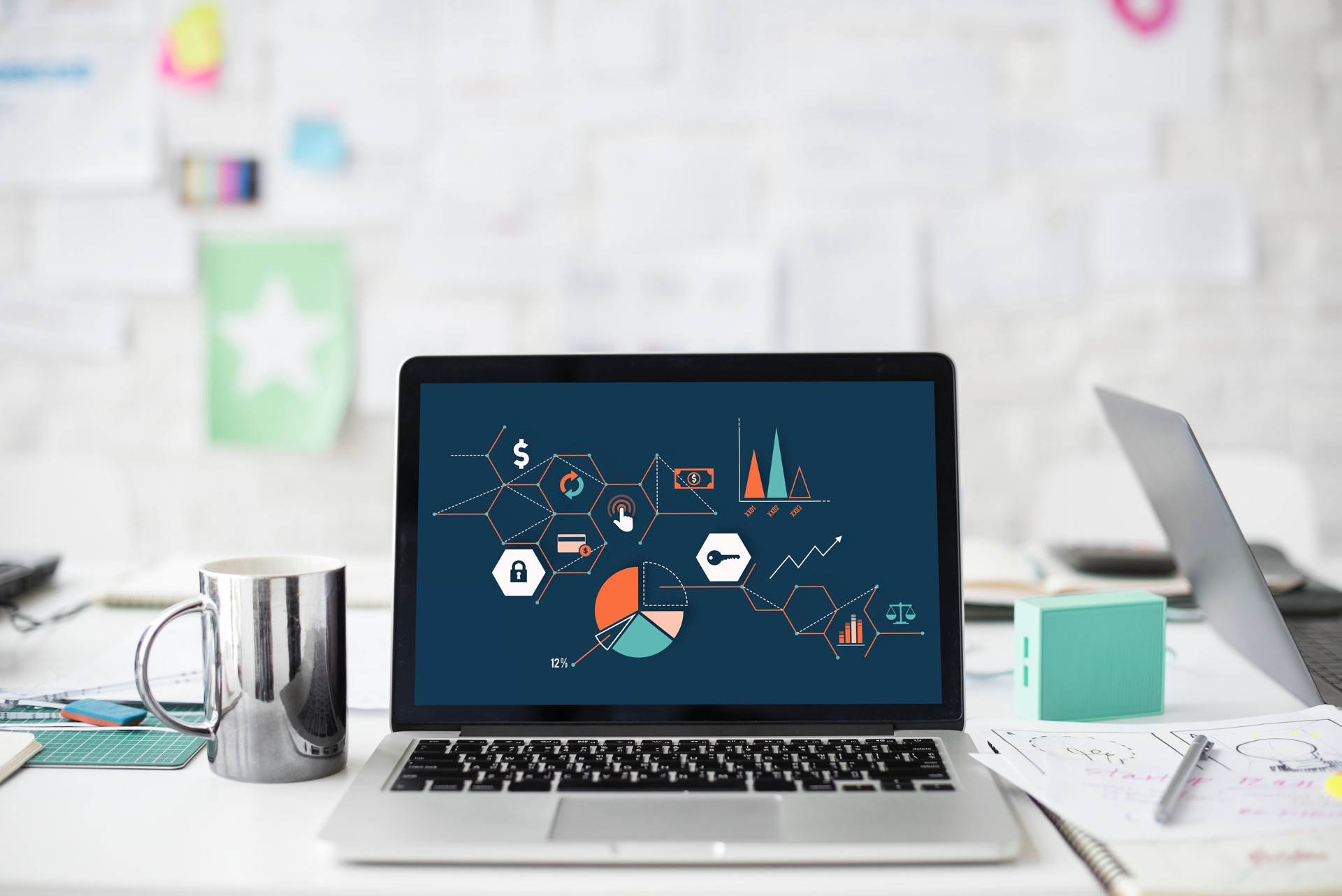 There is a big demand for mobile apps in a tech industry. Not only well prospering companies, but also start-ups have changed their core app development, being able to create revolutionary mobile apps. With the new technology, frameworks and platforms, more and more e-commerce, social and interactive apps are designed.  But there are a couple of issues concerning mobile app development. One of them is a need of having two different teams to develop apps for iOS and Android. Another one is the fact that there is always a gap between apps developed by those two teams, that needs to be filled. This is why the idea of creating cross-platform mobile applications was born.

Right now, there are two most powerful players concerning creating applications with similar performance to the real native apps. Google’s Flutter and Facebook’s React Native definitely stand out of the crowd in this particular case. So without further ado, let’s pay the closest attention to the strengths and weaknesses of those two frameworks.

There are a couple of various parameters that need to be compared to give you better insight and help you choose the best option for your mobile app development.

Mobile app development companies promise on-time delivery of the projects which is strictly connected not only to the workforce but also to the capacity of frameworks. And as the React Native remains one of the best partners in terms of excellent delivery time, let’s not forget of the benefits that come with the Flutter.

With the ready-to-use components, React Native definitely helps acceleration the time of mobile application development. What’s more, it’s known for the remarkable support, that helps developers without much of a problem on their apps. Flutter, on the other hand, is new and requires a bit longer time to develop projects, even though it guarantees high-quality usability.

While selecting the development frameworks, users pay attention to the quality of the user interface. React Native is based on the native components, so building blocks for UI is quite easy. In comparison, Flutter presents a completely new scenario. A fully customized, quality UI designs can be built with proprietary widget sets and additional native support.

Both frameworks are excellent in the case of performance. However, Flutter gets some extra points here, due to the Dart frame. Another advantage is that the Javascript layer makes it easier to connect with native components. React Native works perfectly good while creating native apps, adjusting just well to all requirements. But with the hybrid apps, there is a problem with the architecture, native components and the library.

When it comes to stability, one of the most important things when choosing the right framework, the competition is difficult. React Native is a well-known, trusted framework, with a vast community that supports it. Stable from the beginning, it allows building stable cross-platform apps. However, Flutter offers imposing tools for developers, which definitely allow this framework to make its place in the industry.

There are a couple of qualities that need to be taken into consideration in order to have a big number of users. Stability, necessary components, service, reliability are one of them. Here, React Native takes its lead, with a vast number of big names, such as Skype, Facebook, Tesla, Airbnb, Instagram, Walmart and the like. No wonder, since it is available on the market for a long time. Flutter, on the other hand, is on the market for a couple of years now, but it already has a bunch of important clients on its side, like Alibaba, Nubank or Live Quiz. For Flutter it’s just a start of the journey, but surely it will progressively add some more valuable companies to the list.

Flutter offers extensive IDEs and tools and has more organised documentation. It is also compatible with Visual Studio Code, Android Studio and the like. That makes it easier for mobile app developers to document their application with less effort. React Native documentation process is a bit clumsy and disorganised. Moreover, this framework lacks important components that are indispensable to make to whole process smooth. Here, Flutter takes the lead, facilitating the whole process. 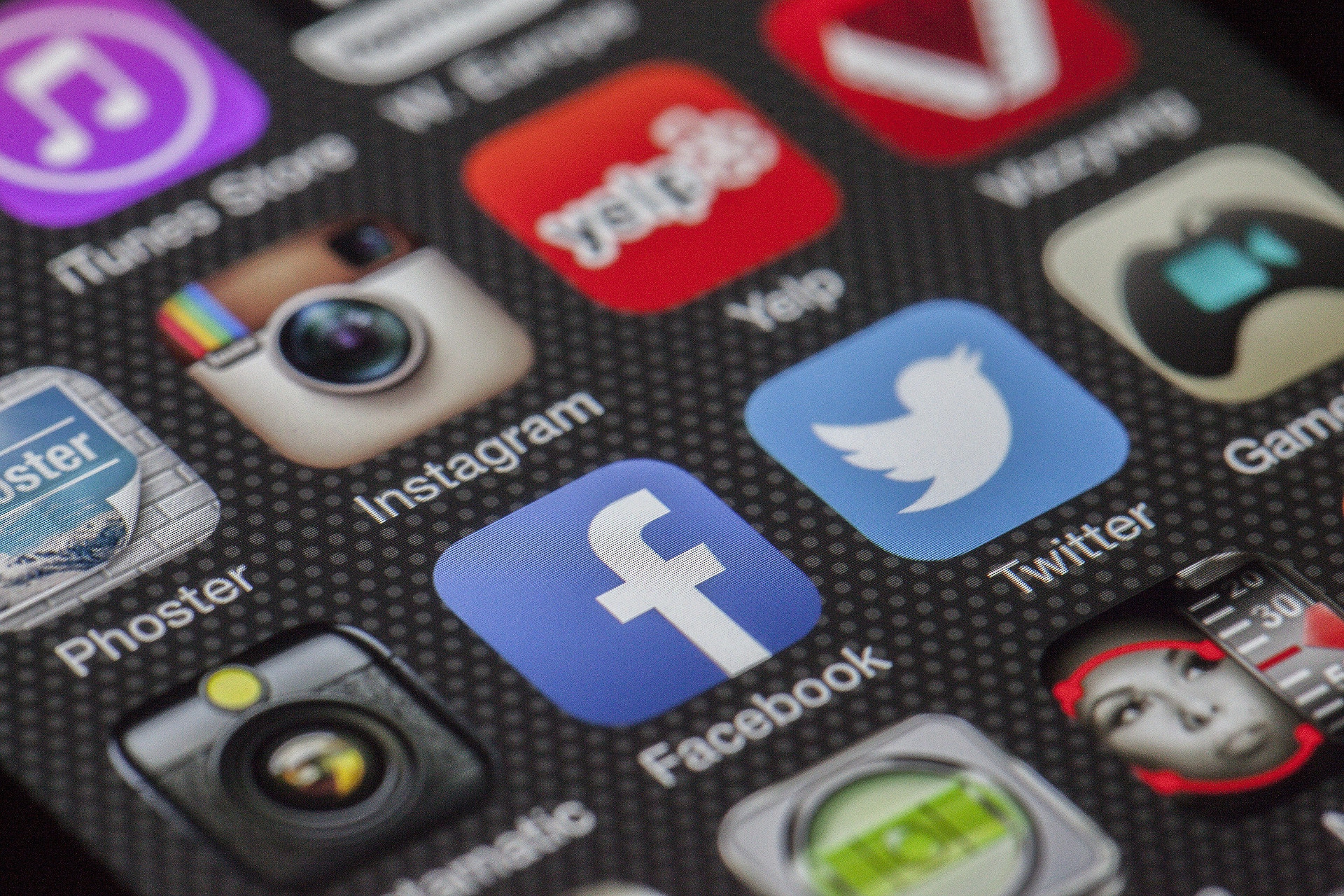 Both React Native and Flutter have good qualities in particular fields. It’s hard to choose which one is the best option for mobile app developers, as each one has its own pros and cons. React Native is longer on the market so it seems like a safer choice. However, Flutter just started its journey and we have a feeling that something good is coming.

There’s no doubt that Flutter is the future of mobile app development, as it brings many important benefits to the developers. With a faster code writing, one code for two platforms which results in less testing, the same app UI on older devices, high-performance apps and beautiful designs, it will surely make its place in the industry. We will definitely test this framework internally, as we feel that it can be more suitable for mobile app development. 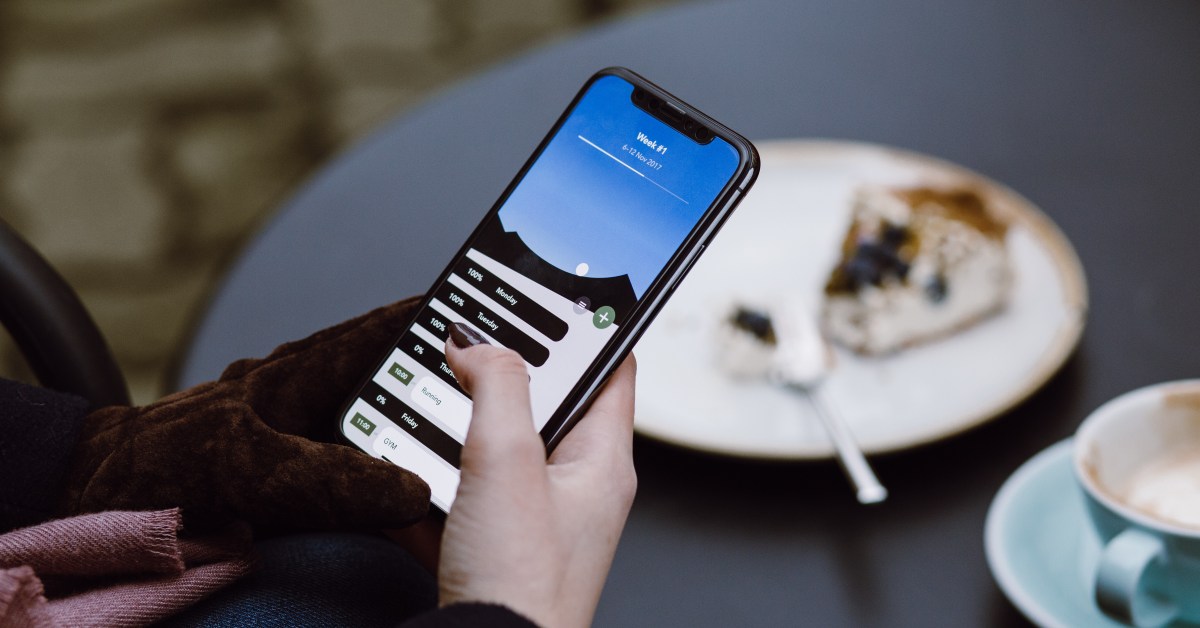 4.5 / 5 ( 2 votes ) Creating a mobile app often makes our customers wonder what is more difficult – its creation or maybe designing marketing activities aimed at...