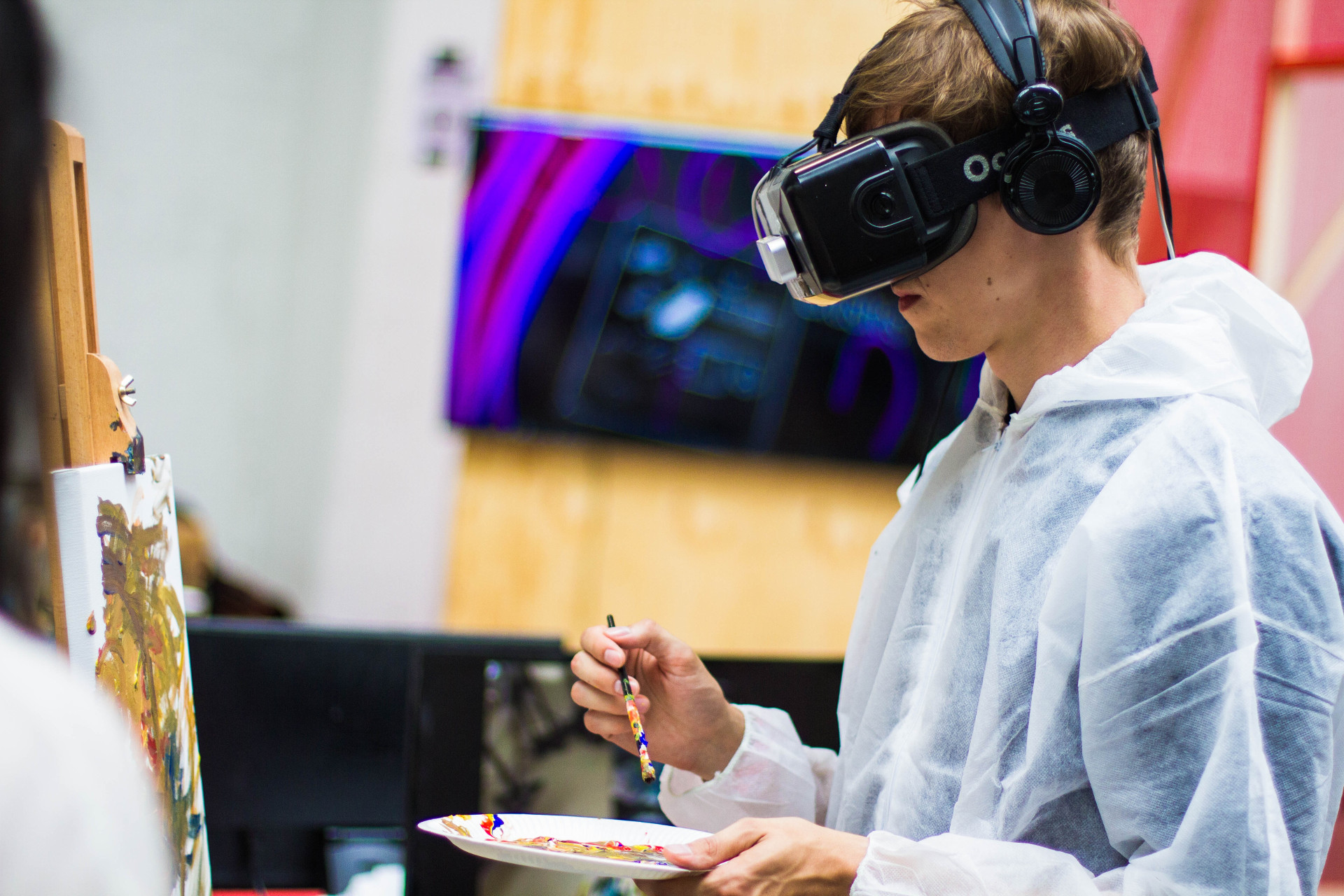 We live in a time of revolution…

… technological, obviously. The virtual and real world run through each other today more than ever before. Technological progress allows us to use real-time information which has not been accessible before about the surrounding environment.

Digitally enriched reality creates a completely new quality. Thanks to mobile devices, we are able to connect the physical and virtual realms together in real-time.

Augmented reality (AR) is no longer a prophecy of the future. This revolution is happening in front of our eyes. And big things are yet to come…

What is Augmented Reality (AR)?

Augmented Reality is an interactive compilation of both real and virtual worlds. The real world is enriched by digital components such as sounds, text, graphics, and 3D objects.

AR works on the basis of computer simulations, image and speech recognition, animation, head-mounted, and hand-held devices. The final outcome is a virtual display on top of real images and surroundings.

What Is It For?

Augmented Reality tries to achieve a unified, but better view of the world. It has many different implementation models and applications, but its main objective is to provide a rich audiovisual experience.

AR solutions are based on one of two approaches: marker- and location-based.

In the first one, the marker must be placed in reality before (it can be e.g. printed on something). When a smartphone recognizes it, it is scanned and placed on it with digital information.

Location-based ARs use location (e. g. GPS). The camera records the relevant data for a location. Then it’s superimposed with the new data on the actual scene. This is the most common approach among AR applications.

When it comes to toolsets for developers to develop AR, Vuforia Augmented Reality SDK is especially worth mentioning. Then we have a whole lot of programs for specific purposes; AR CMS, programs for education, games or for the industry.

In the end, a user must download an AR app.

Based on a request from an AR application, virtual images are retrieved from the web server or cloud and sent to the application.

A brief history of the beginnings of AR

It was one of the first applications of the concept of expanding reality. Invented by Morton Heilig in 1957 machine initiated a breakthrough in the development of reality perception. It provided the viewer with visualizations, sounds, vibrations and aroma. Of course, it was not computer-controlled.

In 1968, Ivan Sutherland, an American computer scientist, created a first head-mounted display. Unfortunately, the technology used in the Sword of Damocles made the invention not really useful for daily life, to say the least…

The Most Innovative AR Uses in Business Today

We are standing on material things with one foot, and on the unlimited possibilities of the virtual world with the other. There is no doubt that this combination is inevitable.

Thanks to intelligent glasses designers can see directly on the real item how changes in the shape or details would look like. 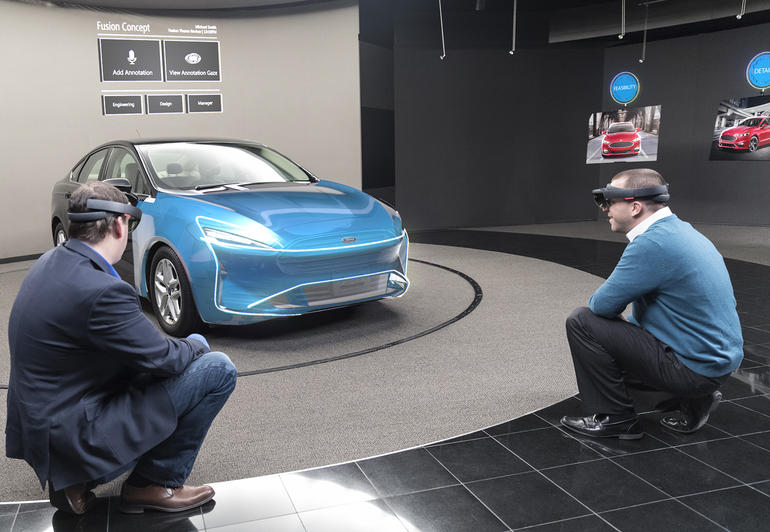 Machine operators also use AR in their production processes. They can control the production line with gestures, which minimizes the probability of an accident at work and allows for the management of several processes at the same time. 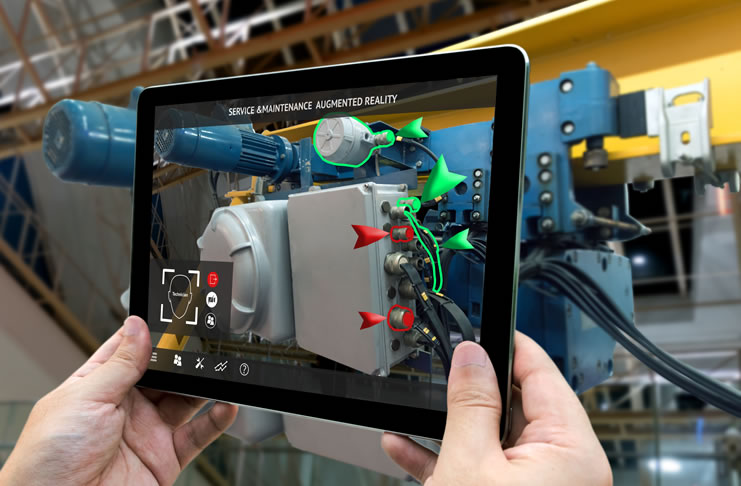 Medical students use intelligent glasses to learn surgical procedures. The same applies to doctors, who expand their knowledge and conduct training in their daily work. 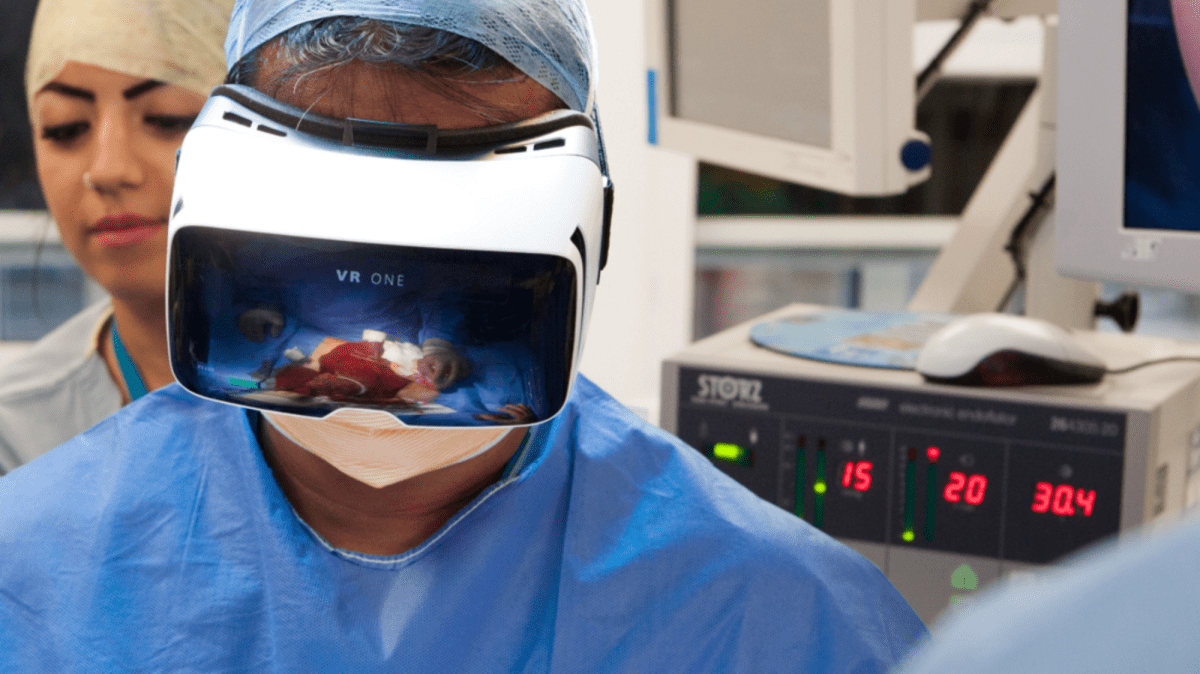 Interactive guides use GPS and live recommendations – from restaurants to the best viewpoints. AR in tourism also includes educational excursions without leaving home. 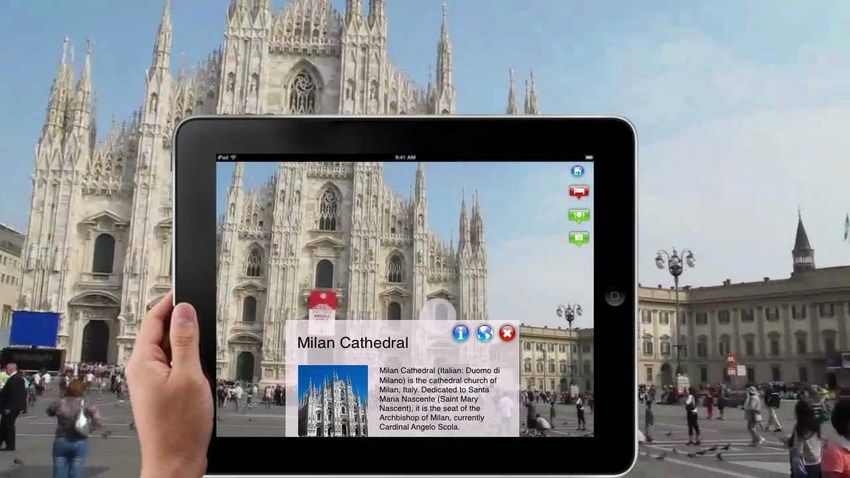 The screens of intelligent cars are often already available in a built-in Head-Up Display system. The advantage of the new technologies is also that the visible elements are enriched with additional information.

These are primarily interactive walks through flats, houses and flats in 3D. But not only….some apps allow you to create a simulation of what a house (including the interior!) will look like on a particular plot of land. 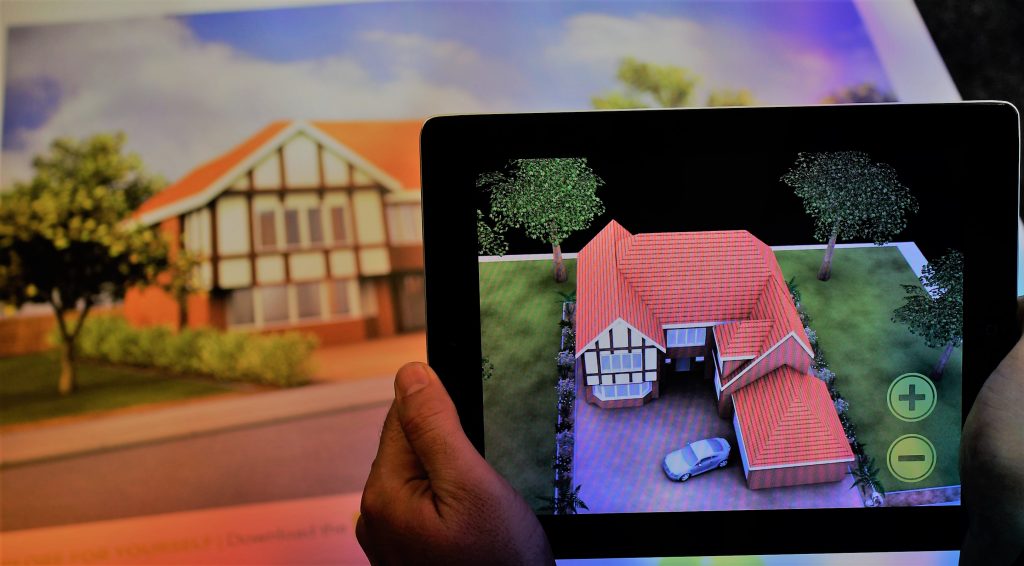 But who lives in a roughly finished house?

Did you know that as many as 51% of consumers gave up on changes in their home just because they could not imagine the final effect? Some apps

allow you to see how the furniture will look inside your home. The same applies to digital mirrors thanks to which you can try on clothes or shoes. 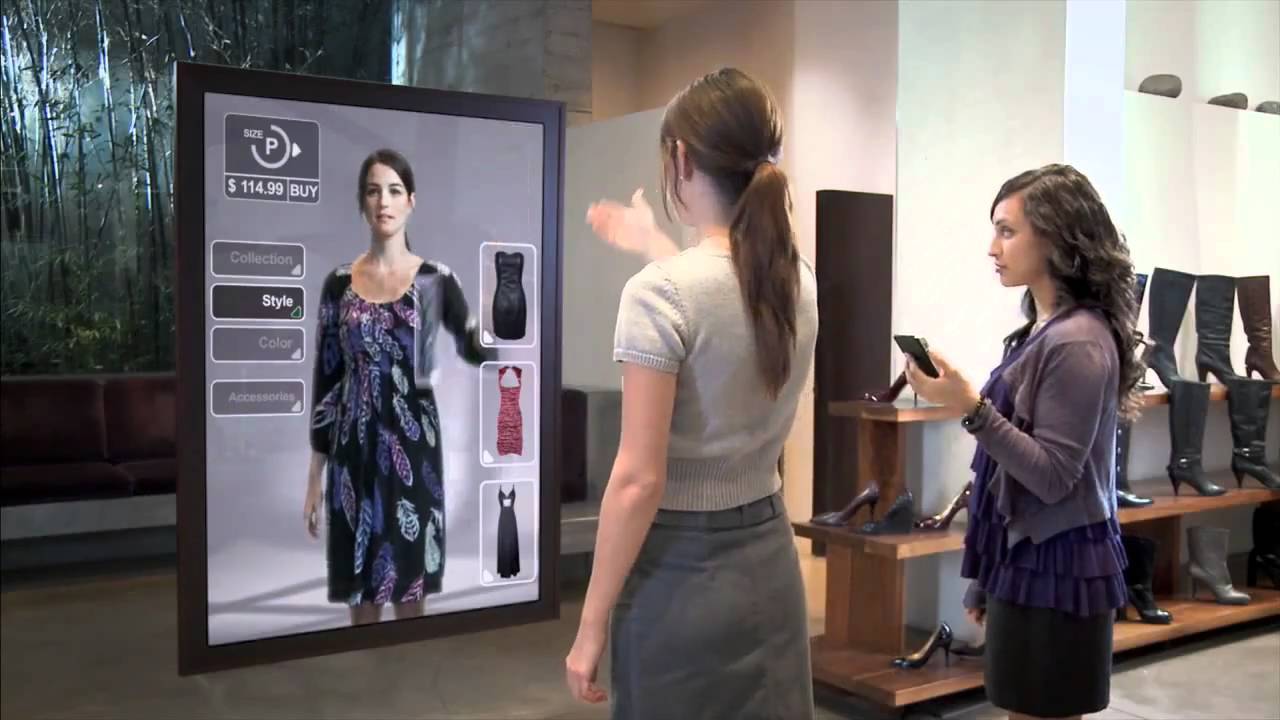 The applications make it easy to maximize the available space in relation to the warehouse stock. In addition, they can be very helpful both for loading/unloading goods, where the list can change at any time, and for international shipments, where scanned parcels will be automatically recognized in terms of compliance with standards and regulations. Continuous technical support and training for warehouse workers is also a very important direction of AR’s development in logistics.

Car engines, production machines, advanced diagnostic equipment – in many cases, repair and maintenance personnel use a headset or AR goggles. This allows to provide the necessary information on site and suggest potential improvements. Experts believe that in this area the augmented reality market will become particularly strong as the Internet of Things (IoT) concept advances. 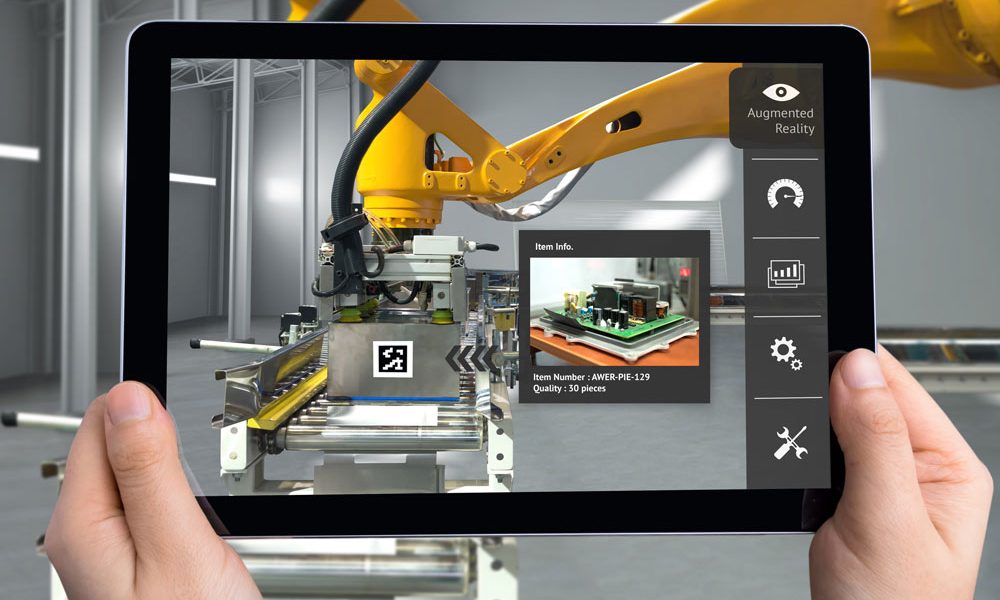 Building strong relationships with brands is becoming easier and easier thanks to AR. Readers of books and film viewers often follow the “life” of characters from games, books or films. They often even identify with them. The attachment to favourite characters can last for years. That is why AR games, filters and applications using other works of mass culture are created.

Especially television and the most often – sports channels liked the use of AR today. Showing strategies, participants and simulations of events are practically on the agenda in broadcasts of sports events of stations from all over the world. 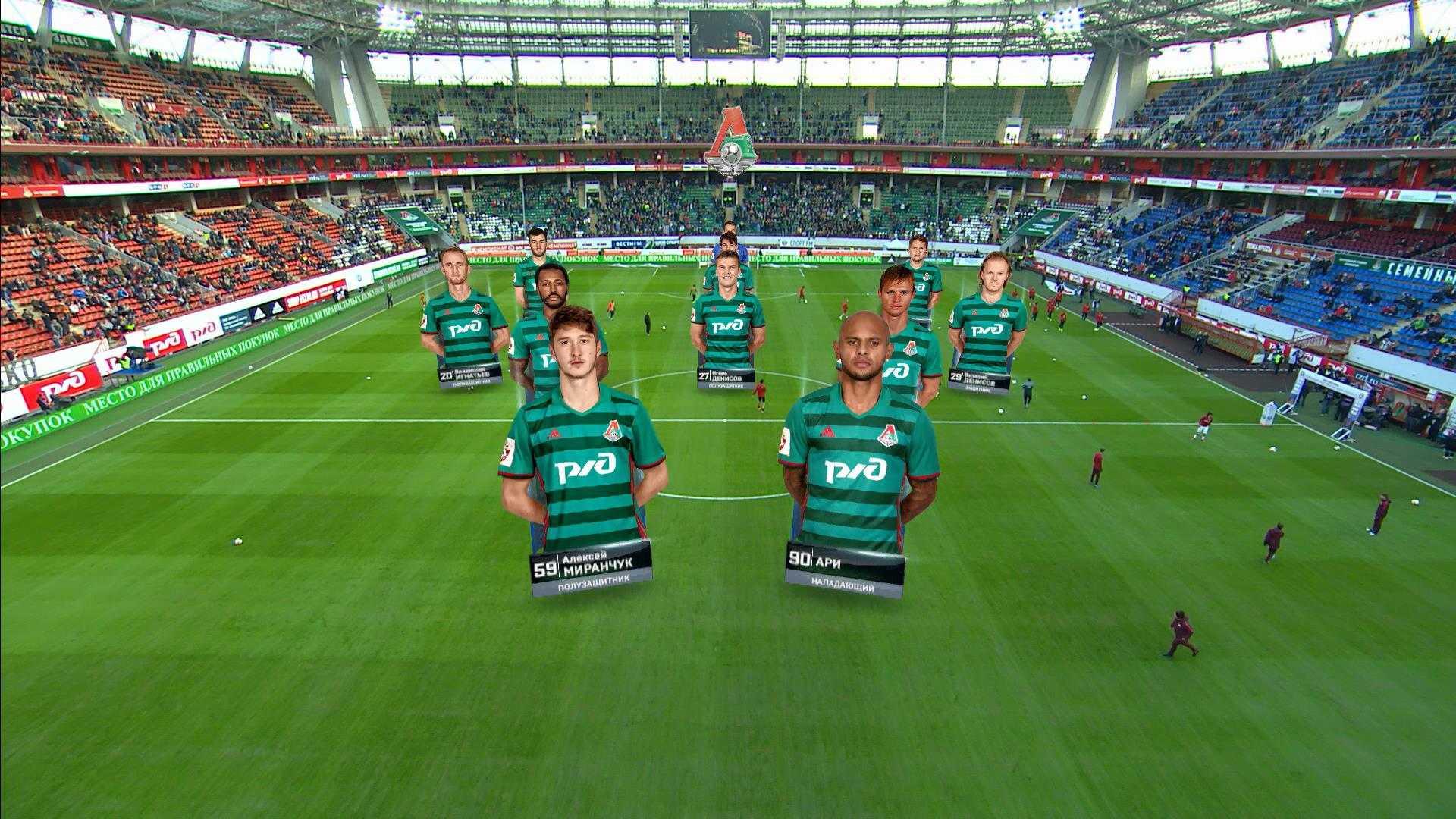 Who of us does not know the filters from Snapchat? Emoji and sensational Memoji are the next revolutionary steps in this direction. 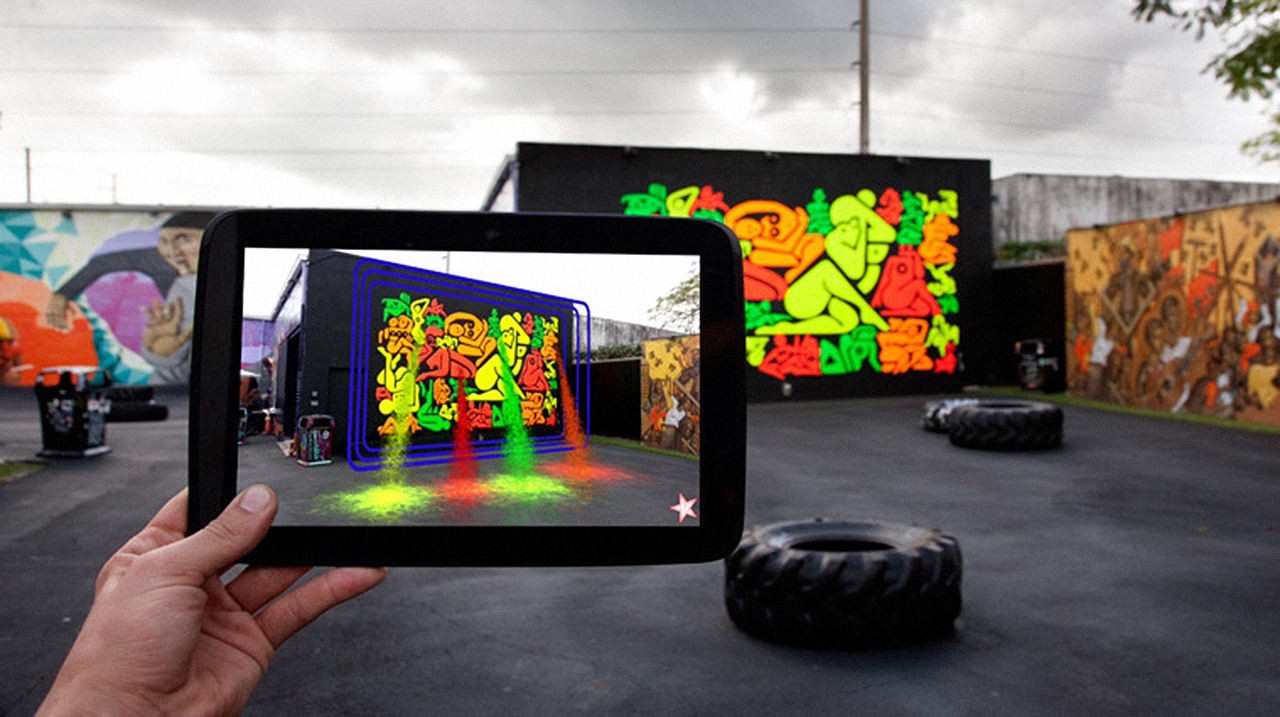 A Bright Future for AR

The value of $100 billion globally by 2020 is estimated for the global Augmented Reality market, shows ABI research in the 2015 study. However, today it turns out that these data may be significantly understated.

The dynamics of growth

The AR industry’s development is enormous. According to AngelList, in January 2017, 737 startups from the AR industry were registered. Only by November of the same year, the number had increased to 1,261, which is more than 70% in 9 months.

What are the experts’ predictions for the nearest future? These are the industries which are rushing forward even faster than others. The most dynamic are:

Also in the segment of games and entertainment AR is developing at a huge pace. In 2025, the market of games using AR may reach as much as 12$ billion.

Today, industrial production is the main driver of augmented reality development. However, the spread of technology, software and popularization of solutions will certainly change the dynamics of the market over the next few years.

Is It Worth Investing in AR?

When Nintendo released Pokémon Go in 2016, the company’s shares increased by 23%. In the first month alone, the game brought the company as much as $200 million in revenue. What better answers the business question “is it worth it”?

Today it may seem that not every company needs AR. However, there is no doubt that this will change soon. Why? The potential of using augmented reality in business is endless, as are the aspects of our lives. 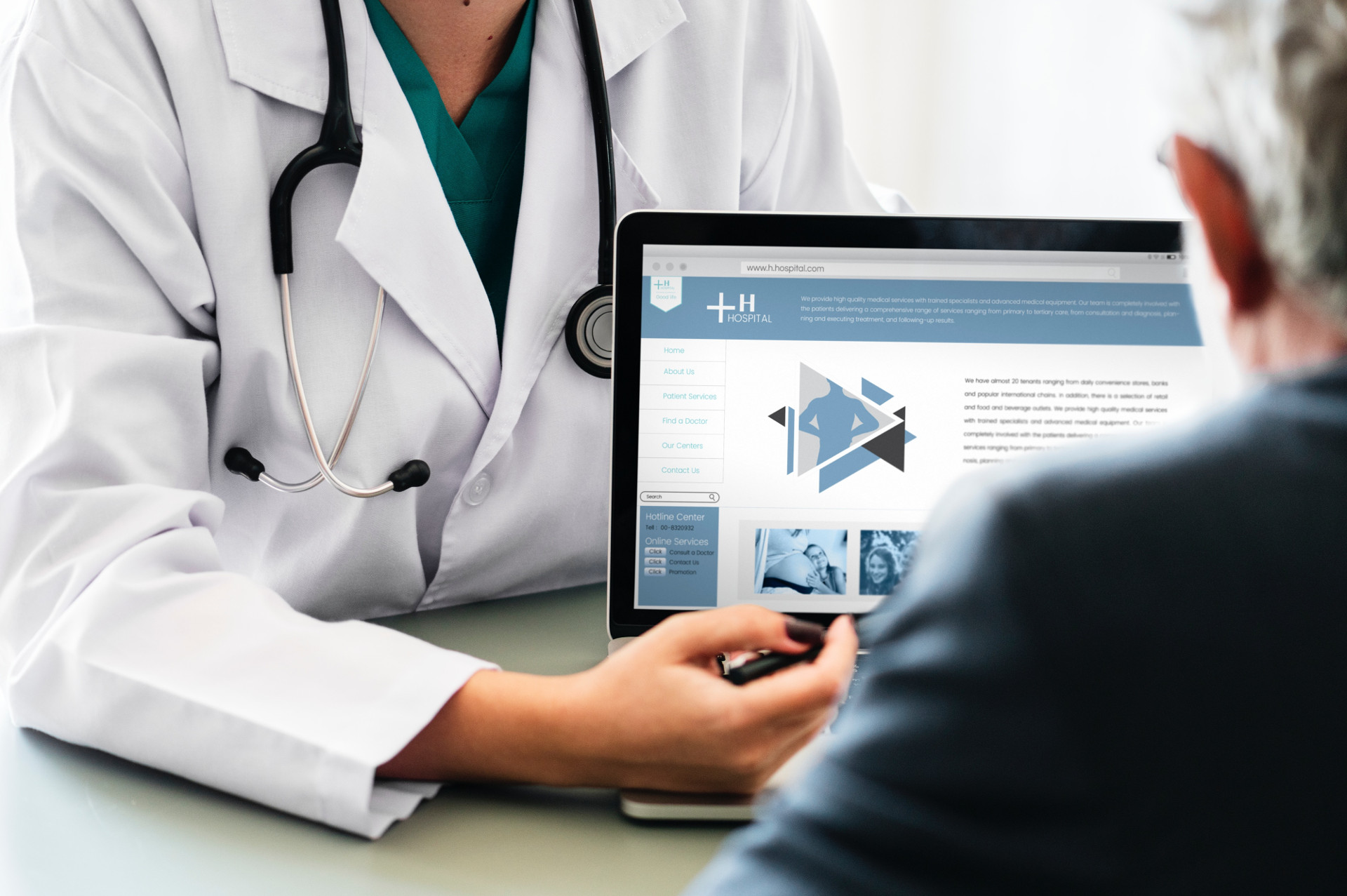 5 / 5 ( 1 vote ) Health and medtech solutions are spreading around Europe with the speed of the light right now. Many innovative ways have already helped thousands...